BREXIT is a political crisis, not a financial crisis

We have a tendency to take a dispassionate view of world affairs.  It helps us avoid getting caught up in the hype that the media sells when things happen.  When the unexpected happens, as it so often does, the initial reports and the initial reactions are often the opposite of the truth and have little relationship to reality.

We have some insight into European affairs for personal reasons and have always felt that the EU was an artificial construct in a continent that is home to so many disparate cultures.  So we are not surprised that the whole rickety structure is showing signs of coming apart.  But Europe has been the home of little countries and big countries for millennia and has thrived over that time.  There’s no reason to think that the EU is either critical or even necessary.  It has its uses but it also has its failures and it’s the failures that have grown larger over time.  So finally, when put to a vote, the people on an island off the coast of Europe has decided it was time to declare its independence from the EU and reclaim their heritage.

We also found the commentary from  Jenna Barnard of Henderson Global Investors compelling and wanted to share it.

While the result of the referendum “Brexit” last week may be the biggest political crisis in the United Kingdom since the Second World War, this is not a financial crisis in our view.  Credit markets are not suggesting systemic risk at present as the banks are in a relatively healthy place due to rigorous regulation and stress testing over the last few years.

Clearly the result is a significant blow to confidence / “animal spirits” in the short term and will put a least a temporary break on growth in the UK and perhaps Europe. Bank share prices have also been hammered and their willingness to lend remains muted. European companies are therefore likely to remain relatively conservative – more about dividends and conservative balance sheets than share buybacks /M&A.

The Bank of England is planning to cut rates to 0% from 0.5% but the central bank doesn’t want to take them negative.  We expect further credit easing – free money to the banks for mortgage lending (“funding for lending”), more QE possibly.  We believe another central bank heading to the zero lower band fuels the global grab for yield.

The issue at stake as of today is HOW the UK exits. There are soft and hard version of exit with soft (maintaining access to the free trade area) being the preferable version for the economy. Today the leading “leave” politician in the UK (and likely the next Prime Minister), former Mayor of London Boris Johnson, has written his weekly column for a national newspaper that suggests a very soft form of exit; along the lines of Norway and Switzerland i.e. retain access to the free trade area. To do this the UK would have to agree to free movement of labor (to be clear, not people, but the labor market; new migrants would need a job to come to the UK).

We will continue to watch and advise you to events as they unfold.  As we write these comments on Tuesday morning the US stock markets are up over 1% and the European markets are up over 3%.  Reality is overtaking panic.  If you have questions, don’t hesitate to contact us.

Buy an Irish Castle for $7 million

It’s fun every once in a while to think about what it would be like if money was no object.  For today’s thought experiment we went to Ireland and found a storied castle for sale.

It’s Glin Castle, 700 years old, which was the ancestral home to the FitzGerald clan.  Think of it as Downton Abbey set in Ireland.  Located in west County Limerick, it sits on 380 acres, 23 of which are “pleasure grounds”—the woodland walks and gardens, both landscaped and informal, that surround the building. It’s been upgraded and operated for a time as a luxury bed-and-breakfast.  The furnishings are extra.  See HERE for more views.

January 2016 has been challenging for investors. The DJIA had been down about 8% year-to-date. But even as we post this there is a major relief rally going on across the globe.

European Central Bank President Mario Draghi hinted at more stimulus at the World Economic Forum in Davos, Switzerland, saying that he had “plenty of instruments” and was willing to use them.

Oil is causing problems for Venezuela with a $120 billion in foreign debt. The country gets 96% of its export earnings from oil and is facing both an economic and political crisis.  This could have an impact on foreign banks that have lent them money.

All this is going on while a massive winter storm is barreling toward the Mid-Atlantic and Northeast. An inch of snow snarled traffic so badly in Washington DC yesterday that many abandoned their cars and some slept in hospitals, unable to get home.  The storm that’s in the forecast has already shut down a great deal of air traffic in the region.

Have a safe weekend.

What this means is that prices for Swiss goods are higher than they were a few days ago for people outside of Switzerland. That’s bad for Swiss companies and Swiss stocks fell 8.7% as traders worried the stronger franc would hurt Switzerland’s exports. Switzerland’s top exports are gold, medical products, watches and chemicals.

The sudden and unexpected move caught currency traders by surprise and created turmoil in world markets as investors tried to anticipate what the move means.

For those who have everything, here’s an unusual gift” 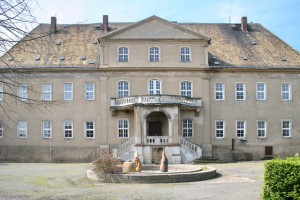 Bank of America said that 45% of all government bonds worldwide yield less than 1%. Central bankers from around the world meet today to find a way of spurring economic growth. Most have adopted a low interest rate strategy. That’s good for stocks, but it’s devastating for savers who are making less than zero once inflation and taxes are factored in.

Speculation that the European Central Bank will start buying debt in the year ahead pushed German 10-year yields to a record low of 0.866 percent last week. The rally helped drive demand for Treasuries and other notes as investors sought higher interest payments than they can get in Europe.

“No one’s talking about rate hikes in Europe for several years,”

The European Union and the United States have the largest  bilateral trade relationship and enjoy the most integrated economic  relationship in the world.  The European commission makes the following claims about the US and Europe:

So it’s important here in the US what happens to Europe’s economies.

Spain has been mired in recession for over two years.  Spain’s central bank released a statement Wednesday that said:

… a two-year recession in the euro zone’s fourth-largest economy ended in the third quarter, when Spain posted 0.1% growth from the previous quarter, in line with government projections.

In the first official estimate of economic performance during the quarter, the Bank of Spain said the bounce was driven by a strong contribution from the export sector and a decrease in imports, a continuation of trends seen in previous quarters.

We can hope that some of the other troubled Euro zone economies will also improve.

As the second quarter of 2013 slips into history, investors are finding a few bumps in the road.  The tectonic plates of the world economy are shifting.  The yield on the benchmark 10-year Treasury is moving up as we hear hints from the Federal Reserve that there may be an end to QE (Quantitative Easing) 3, but not yet.

The assumptions behind the recovery of global markets has been based on the assumption that the US Fed would keep printing money, China would keep growing and Japan would stay mired in a decades-long slump.  Any hints that these assumptions would change have triggered sudden gyrations.

The Fed’s hints that QE-Infinity will not go on forever has some people worried.  There is also a question of how fast the Chinese economy is really growing.  And Japan has suddenly embarked on its own QE program. Currency markets are jittery, and currencies have a significant impact on investors in foreign securities.

What’s ahead for the rest of the year?  Answering this question now is impossible.

The prospect for slower growth in China is pulling commodity prices down. Japan’s stock and bond markets have been riding a roller coaster as attitudes shift almost daily about the new government’s economic policy.  Emerging market currencies are also in decline.  India, Poland, South Africa and Brazil are trying to prop up their currency.  Meanwhile Europe remains mired in recession.

Economists at J.P. Morgan Chase have turned mildly hopeful lately that the U.S., Europe and much of the rest of world economy will shift into a higher gear later this year, in what would be a pleasant contrast to the midyear slumps seen in recent years.

The International Monetary Fund is more cautious about the rest of the world. Managing Director Christine Lagarde said “We could be entering a softer patch.”

Whatever comes our way, we are, as always, positioning our portfolios to participate in further market gains and to cushion any market declines.  Over the long term the trend is up.